Women’s activewear consists of many elements, including a variety of shorts and pants. The most recent trend with the apparel, classified in the fitness category, is to be worn in the everyday setting outside of the workout arena, sometimes showing up in the work environment.

The women’s activewear shorts and mounds of other pieces are nothing like they were in the distant past. Nowadays, enthusiasts will find beautiful prints, cutouts, and details, including fanciful lacing and ruffles. Many people will shop for these clothes over any other outfit for their wardrobe due to what they view as considerable versatility.

While walking away from pilates or yoga even a bit sweaty, often the individual still feels confident enough in their gear to go for a coffee date, maybe run to the market, or even try to get a few hours in with work, school, or study with some friends in the media center.

The suggestions indicate, however, activewear worn for a workout should not be worn for the rest of the day. Let’s check out why you want to change those shorts and catch a shower when your yoga session ends.

Should You Change Out Of Women’s Activewear Following A Workout

It’s tempting to take the cute activewear outfits straight from the gym to a date, shopping, or even back to work, especially if you don’t necessarily feel the low-impact routine produced enough sweat to warrant a shower and a change.

However, you could be challenged on the subject. Learn the differences between activewear and sportswear at https://www.fuzhoutextile.com/news/what-is-the-difference-between-activewear-and-sportswear/.

There is debate among the activewear community. Some think activewear shorts, bras, pants, or other pieces should be changed after enjoying an exercise routine for fresh, clean, dry street clothes. Check out why you might want to listen.

The idea with establishing a wellness routine is to encourage good overall health. One component is a solid fitness regimen consisting of roughly 20 minutes of exercise with a degree of intensity.

Women shop more frequently for pretty apparel to wear to the gym since that can boost self-esteem and increase confidence.

Problems arise when people don’t recognize the moisture following their workout routine in the form of sweat, believing with the low impact, it will be minimal. That leads to heading outside in any temperature, including the winter weather causing a chill creating stress for the immune system leading to the potential for growing ill.

When you choose to wear activewear shorts, leggings, or pants for the entire day following your fitness routine, the interior can breed varied bacteria and fungi, leading to different sorts of infections, perhaps yeast infections and jock itch.

Also, when skin is exposed to trapped bacteria, the pores tend to clog, creating the possibility of body acne.

The ideal solution for avoiding these scenarios is to hop in the shower, whether you believe you’ve been sweating with a low-impact regimen or were involved in greater intensity and switch out your clothes.

That’s not saying you can’t put on clean activewear once you’re finished exercising if those are your outfits of choice. The idea is to make sure the apparel is fresh. 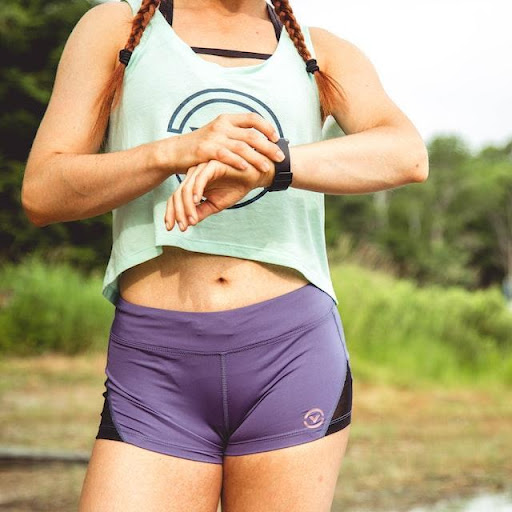 Many people indulge their compulsion for activewear by purchasing a multitude of styles in varied colors, putting a relatively significant budget on their workout apparel. In doing so, it would make sense that you would want it to keep the “new” appearance as long as possible without becoming worn and tattered.

While the average pair of jeans can hold out for years, only growing better with age, you cannot often say the same with shorts, leggings, or workout pants. These pieces are often stretchy, somewhat delicate, of a more thin material, and meant to breathe.

When these are of higher quality, the shelf life will be longer, but using them as a standard wardrobe going from workout to all other activities can put them to the test, reducing their life. If it’s becoming “threadbare” or the smell is ingrained in the material, you’ll need to replace the clothing. Read on what activewear is here.

When you reserve your activewear shorts and other favorite pieces for the gym, getting ready to work out will be exciting. You’ll be motivated to participate in your fitness regimen because you look good.

Often it takes added encouragement to get people moving. They lose their novelty if you wear these clothes all day for every activity. Save your activewear for when it can benefit you the most.

Hello , I am college Student and part time blogger . I think blogging and social media is good away to take Knowledge

Is It Safe to Take Tylenol Before...

A Pedometer Can Help You Get Moving:...